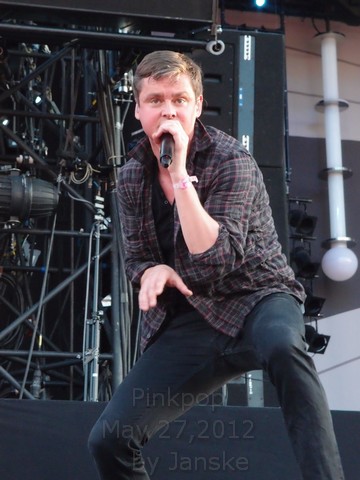 I had  a great weekend last week at the Pinkpop Festival. It’s the oldest still going festival in the year and it’s my 9th time that I’ve been there. This time I was one of the press peeps and had to watch a lot of great bands and review them for Festivalinfo.nl.

Even though I never really listened to their music I really did like their show. The songs were very likable and happy. It was cool to see all the people who knew all their songs and loved their show.

They opened up day two and were scheduled very early in the afternoon, but that didn’t matter at all because they turned the whole crowd into one big happy dancing bunch of people. Their ska music made us happy and dance in the sun. I’ve had a blast. 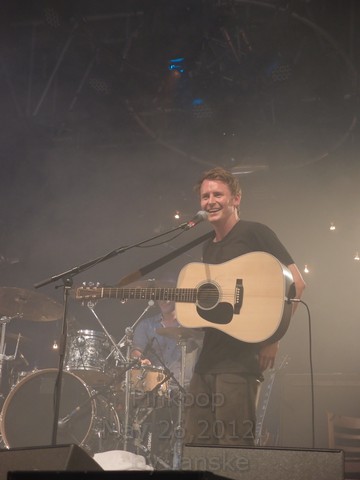 It was great seeing The Wombats again. I’ve seen them before and they always have this great energy on stage. I loved their performance esp. all the big hits like ‘Let’s Dance To Joy Division’. They did know how to a make a party.

Headliner of the festival was The Boss himself, Mr. Springsteen. I’ve already seen him at the Pinkpop Festival a couple of years ago and I really liked that performance. This time I really wanted to see him again and we made sure we had good spots near the stage. Luckily they build an extra mini stage right next to us so we could see him up close. During the concert he climbed on it and we could almost touch him.

My video of Bruce Springsteen @ Pinkpop: 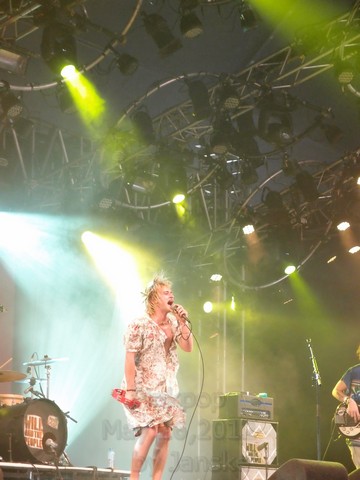 The most surprising act for me of a band I’ve never heard of was Will & The People. I saw them at the first day and they looked like a bunch of junkies dressed in the latest festival fashion. The lead singer was even wearing a flower dress over his swim shorts. They had so much energy and played funky ska and reggae music. During the show Will even jumped of the stage and did a unexpected ‘i-try-to-crowdsurf’ attend and didn’t really made it to the stage back without many bruises and loosing his hat and shoe. It was one big happy party which I won’t forget soon.

My video of Will & The People crowdsurfing:

After finishing recording their next album they started their festival tour at the next day at Pinkpop. They played all the famous hits and sounded amazing. I loved hearing their voices together because they have a great harmony together. It was great to see other artists like Seasick Steve and Bruce Springsteen watch them from the sideline.

My video of Mumford & Sons: 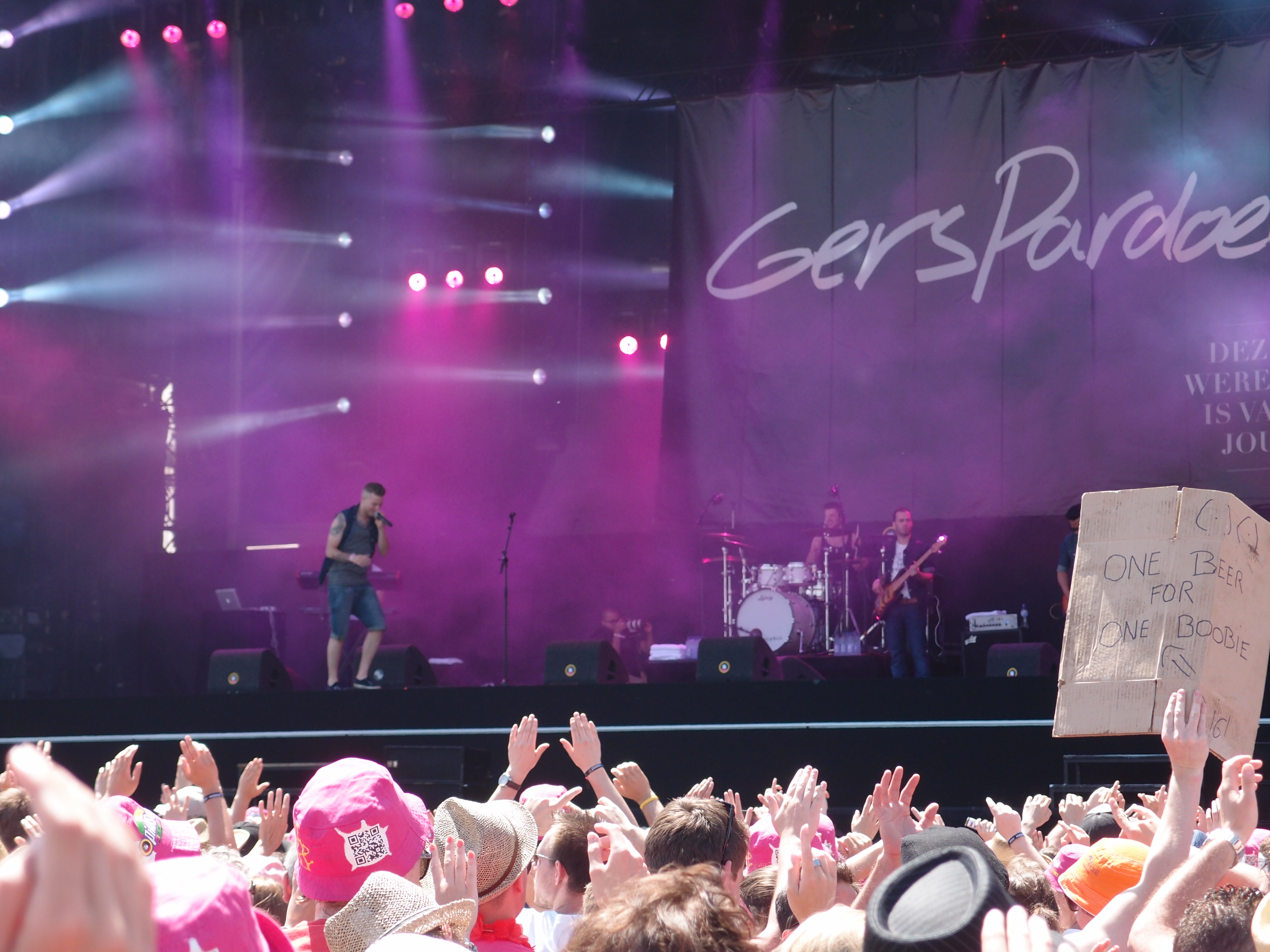 This young Dutch rapper/singer has only been popular for about a year in Holland and he could already play at the main stage. I didn’t know really if I would like his performance but I was curious enough to go see why he’s so popular. And after a couple of songs I totally got why people love him. Even though it was super early and most people just woke up he managed to get everyone on it’s feet,dance,sing, shake and just have fun. I loved it. He was really adorable and showed everyone a good time.

My video of Gers Pardoel:

The most special and memorable act on this Pinkpop edition was The Kyteman Orchestra’s performance. I’ve already posted the video of the whole performance here. They’ve had a whole orchestra and choir onstage (53 people) and played classical songs with rap influences. Very different and most of all very impressive. They blew everyone away and gave us goosebumps while we were sweating in the hot sun.

One of my favorite bands Keane also played at the festival and I was really looking forward seeing them again. I really love their live shows and they lived up to my expectations again. They played a very good show which lasted only for one short hour. Singer Tom told us that he wanted to play for us for the rest of the night but unfortunately he couldn’t. I made it to the front row so I could see them up close which made it even more fun. (Except for the cameras who put my face on the big screens the whole time, lol.)

My video of Keane:

Ok, so I’m in LOVE… In love with Ben Howard’s voice and songs…so I HAD to see his performance and made sure I was standing at the front row so I could see him as closely as possible…(he’s very easy to look at also 😉 ) He played for only 60 minutes and he was able to take everyone on this beautiful musical journey which we didn’t want to end. His voice sounded amazing and he kept smiling with his cute smile during the whole performance. He gave us pure happiness and made it without a doubt to my no. 1 at my favorite performances before I even saw most of the other ones.

My video of Ben Howard:

I really enjoyed most of the other performances too, but these were my top 10 for this year’s festival. I can’t wait what all the other festivals will bring me this summer, but this first one has been an amazing start of my festival season!! 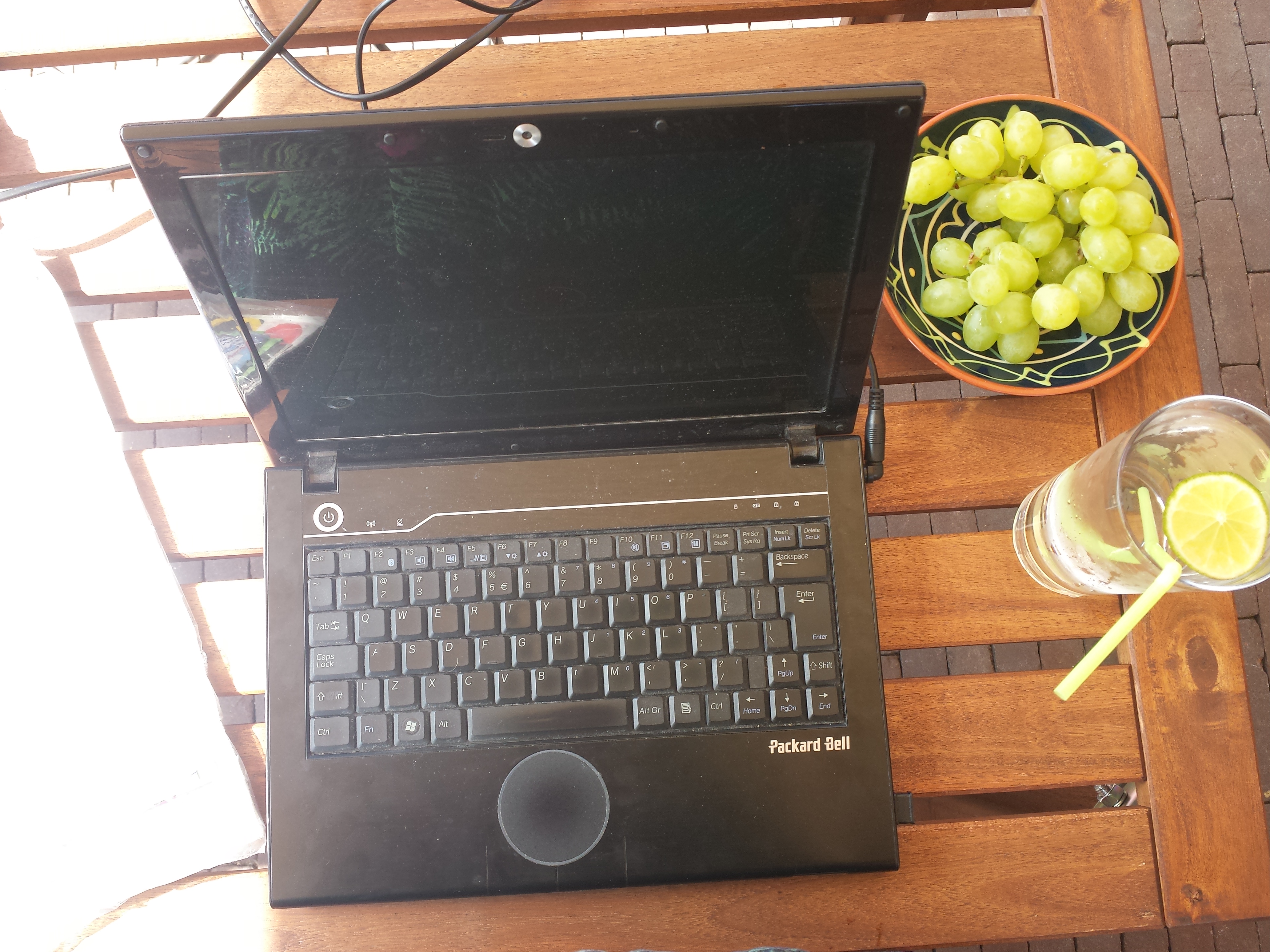 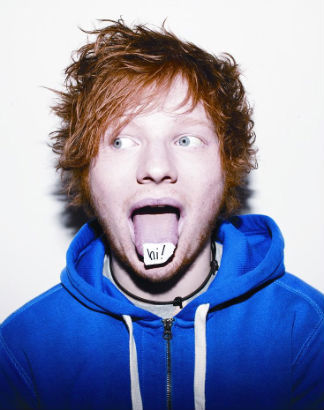 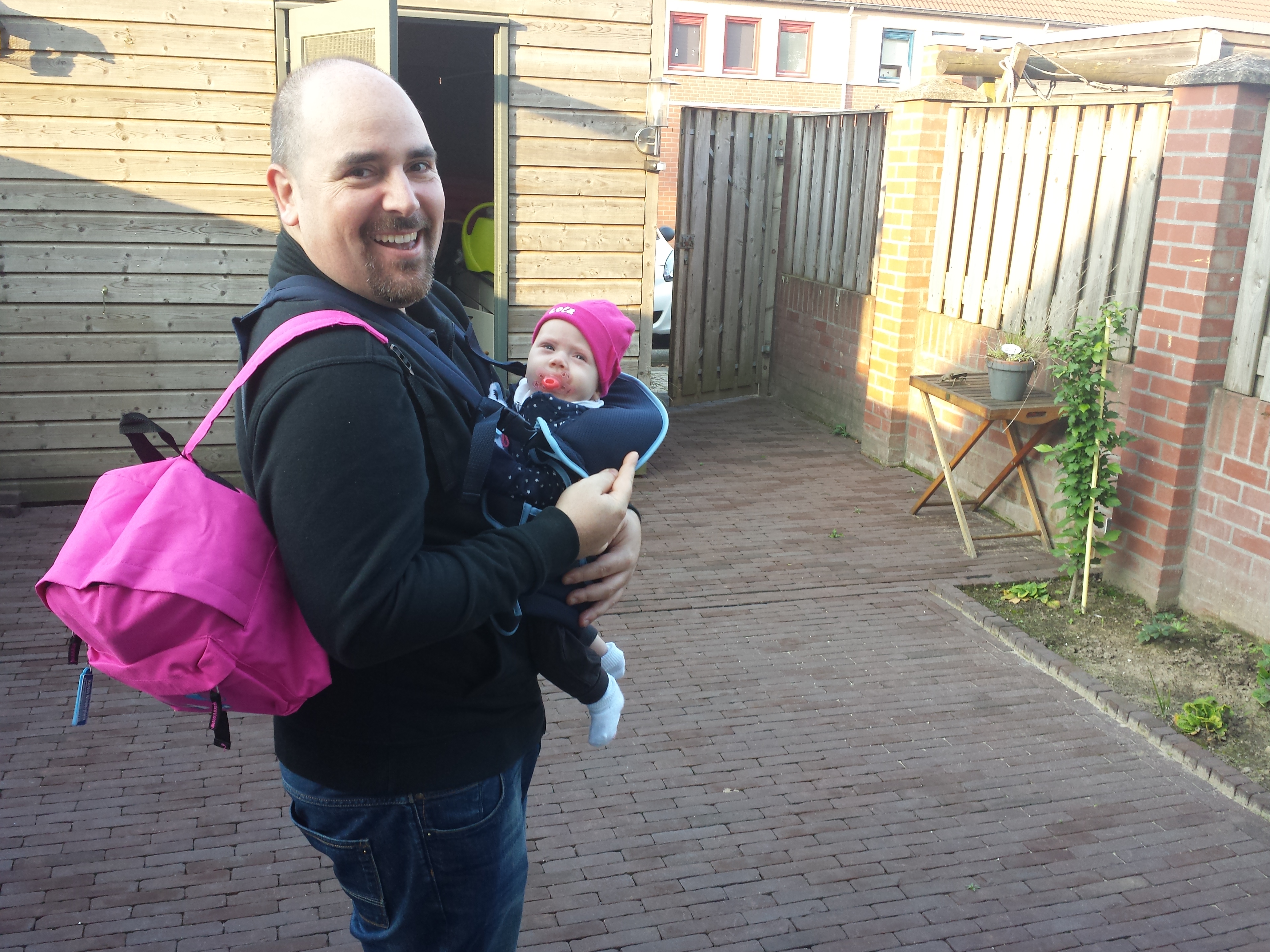 🔥 BEVRIJDINGS FESTIVAL 🔥 . Vandaag was een b