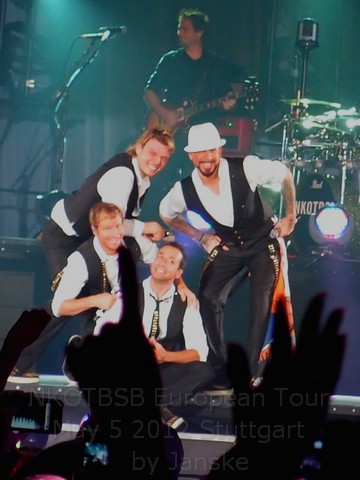 Who: Backstreet Boys, New Kids On The Block, Eveline,  Sarah, Barbara, Carol, Kerry and lot’s of other amazing friends and fans!

The day after we came back from Eveline and I already started a new adventure; Germany! This trip would take us to Stuttgart and Leipzig. That night the boys were playing in Geneva so we had a day off to drive on a relaxed mode to our first destination Stuttgart. When we arrived there we checked in at our lovely hotel. Our room was quite big and really cheap so we were very happy and comfortable.

Did YOU get some sleep Howie?

After a long night of sleep we went to the hotel where the BSB would stay the next night to see them at check-in. They arrived a little while later and they were all still very sleepy after their long ride through the mountains without getting much sleep. Howie asked us if we slept at all, he thought that we followed him (like we used to do in the USA all the time) and we told him ‘no Howie, we came from Holland this time and yes, we did get some sleep.

I asked him ‘did YOU sleep?’ and he said ‘nope’ with a sad smile. Awwww. All the other boys came in and also said hi and asked how we were doing. It was nice to be the only ones there to get their full attention. Even though they were all sleepy they all took some time for us which was very sweet of them.

After a little while Howie and Nick came back to eat some lunch and we only said hi. After lunch Howie came to us and I asked him what his plans were for that day. He told us that him and AJ were about to visit the Mercedes Museum to watch some cool cars and he looked really excited like a kid in a candystore. It was adorable to see.

Relaxing in the sun in Stuttgart

Taxi Convoy To A German Beerfest

After that we decided to go to a big Beerfest which was a big Carnival/Fair. We ordered 3 taxis because we were with 11 girls so we actually had a convoy of taxi’s going to a Beerfest. It almost looked like we were the celebrities because around us were many fans waiting for the boys. It was a huge Carnival with many big rides on it. We walked around with all the  girls and some of us dared to go on some of the rides.

All the girls @ Beerfest in Stuttgart

Some of them were pretty  high and scary. I only went on one big ride which went super fast and kept spinning like crazy. After we got out of it I just couldn’t walk straight anymore. Then we went for some bratwurst and big beers. Because I don’t like beer I kept to the nice soda.

Our ride to the Beerfest

The weather was amazing and it was actually quite hot in the sun. After the food we went inside one of the huge Beerfest tents which was filled with drunk Germans who were dressed up in their leder hose and their ‘Heidie’ outfits. They were all drink 1 Liter beers so some of us decided to buy some to. There was a great cover band playing modern songs into Schlager style which sounded very entertaining. We danced like lunatics and people were watching us because we weren’t dressed for this kind of party at all which made it hilarious.

After the Beerfest we went back to the hotel and we met Howie again. I asked him if he loved the museum and he said he had a great time. I told him we went to the Beerfest and that he should have come with us. Late at night Brian and his family came back from a late night diner and they took some pictures with some fans. I told him that I had to say thank you to him from my mom and he made a big smile and said ‘we’ve had fun right!’ without even asking who I meant. It was so funny that he remembered her and that he knew it was my Mom.

At night Nick and Howie went to the hotel of the New Kids to hang out with Donnie, Jonathan and Joey. So we also went there and stayed at the table next to them in the bar. It was so funny to be there while the whole bar was pilled up with fans. The boys had a private area which was right next to us so we could hear their conversations if we wanted. It was so much fun to watch some of them getting more tipsy by the minute.

Some Rides @ the Beerfest

After a few hours Howie walked back to his hotel with his bodyguard, Sarah, Eveline and me and I must say this was the funniest thing that happened during the whole tour. It was hilarious and we had so much fun. I will spare you the details, because what happened that night stays in Stuttgart 😉 but I will never forget it.

The next day it was the day of the concert. Because we stayed in the hotel of the BSB and I didn’t sleep very well during the night we asked if we could have a late checkout so I could get some more sleep and that was OK with the staff. (Best staff ever at a BSB hotel BTW!) So I took some more rest and after that we’ve waited inside the lobby for the boys to checkout. Then Dante, Brian’s bodyguard came to us to let us know that the boys would come outside to take pictures with everyone and that we needed to make a big line of fans. And so we did and we started the line.

Me & Brian in Stuttgart

First Brian came out and took pics with everyone. He was in a very good mood even though he didn’t really smile in my picture. Then Nick came out and he wasn’t really generously smiling at his pics, that’s why my pic with him is absolutely hilarious with his super fake smile. He better wouldn’t smile at all…but I think it’s a funny picture because of his fake smile. Then AJ came out but he was feeling sick so we didn’t take any pictures with him, poor boy.

When Howie came out he looked like he had a rough night and just woke up. He said he couldn’t take any pictures so we didn’t. But after a while I saw that he was making pictures with other fans so we went to the end of the line to  make one also. He smiled and said ‘I’m sorry that I didn’t take any pics earlier, josh (his bodyguard) was pushing me. So we did take a very tired hangover picture with Howie which reminded us of the crazy night before.

Me and Howie After a Very Rough Night in Stuttgart

Then we went to eat some Mac Donald’s and after that we drove to the venue. We managed to get second row right behind some boring girls who didn’t even seem to enjoy themselves so they didn’t get any attention from the boys and we did, because we were so outgoing and excited. At the end of the concert the girls even left early so we could be front row for the last couple of songs which was great.

After the concert we went to our hotel for a nice night of sleep. I fell asleep after 2 seconds, I really needed it.

The next morning it was time to drive to Leipzig, our next stop on our tour…bye bye Stuttgart, you’ve been amazing!

Read my next part of my NKOTBSB adventure tomorrow! 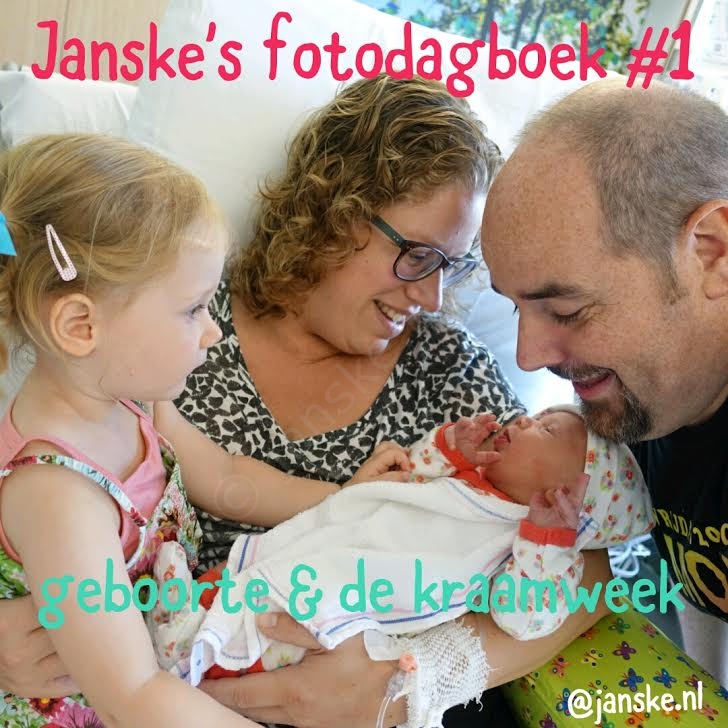 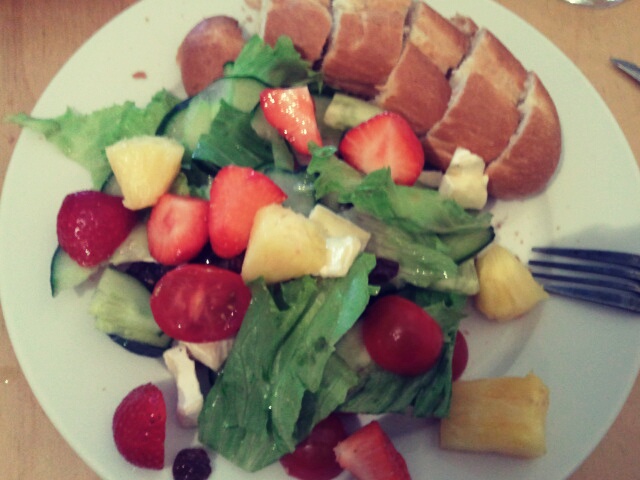 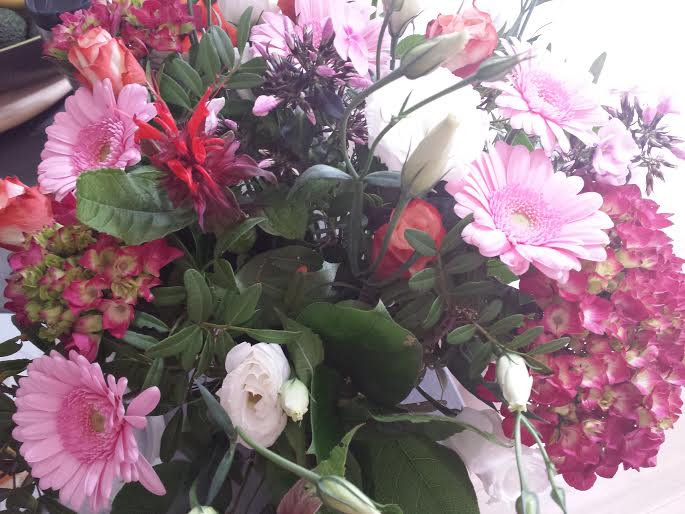