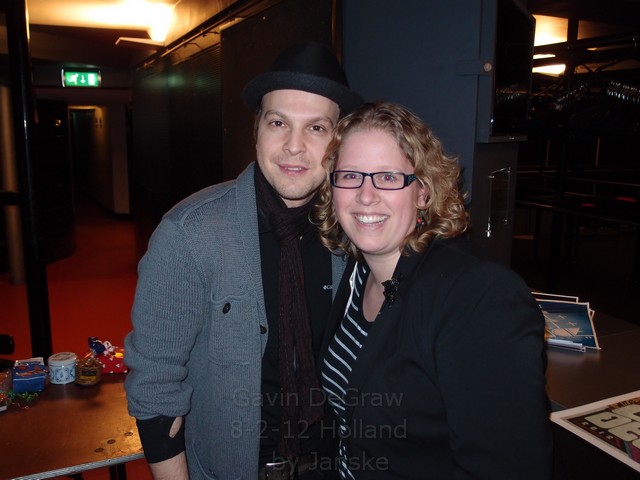 In the morning I took the train to Hilversum to be a guest at a radio show called That’s Live where Gavin DeGraw would be performing and was having some interviews. After 1,5 hours I finally arrived in Hilversum and met up with my friend Anita who was my guest to the radio show.

After some waiting they let us inside the small ‘BNN Cafe’ which had a small bar, stage and recording area. We took place next to the recording area where the DJ (Eric Corton) was recording and hosting his show. Gavin and his guitar player Billy Noris came in and they played ‘Not Over You’  for us. He had already been at this show twice so the chemistry between the DJ and Gavin was nice to see, they were fooling and joking around and Gavin was amazing because he was goofy and laughing all the time. You could see he had a blast being here. He did some funny interviews and played ‘Soldier’ , ‘Sweeter’ and ‘Chariot’ for us. It was so much fun and everything was so relaxed. It was also nice to hang out with Anita, because I hadn’t seen her for a while. Our friend GJ also came in because he works at the same studios, so it was a fun gathering.

Here are some pictures from Gavin @ BNN That’s Live: 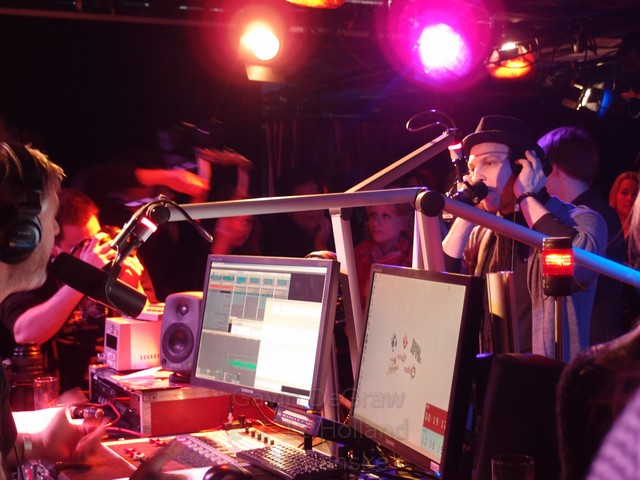 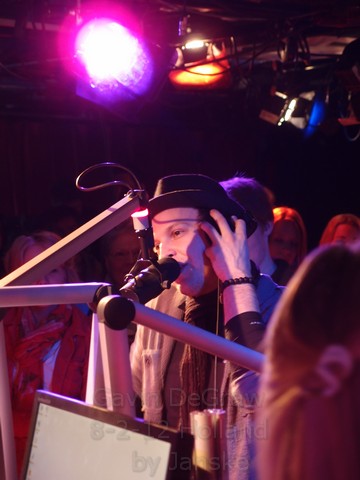 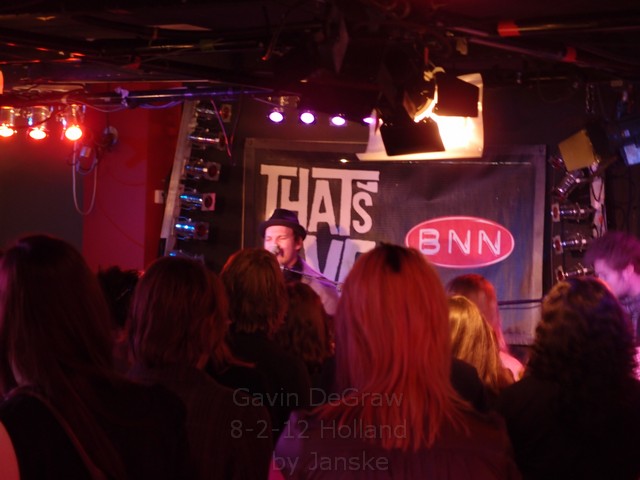 After the radio show I said goodbye to Anita and took a train to Amsterdam to go to Gavin’s Soundcheck Party at the venue. There were about 40 other fans and we got inside 5 minutes after the scheduled time (BSB management could learn form that) …Gavin’s tourmanager Sam took us inside and we waited for a few minutes until we could go inside. (Dutch singer Nick (Nick & Simon) was also there, but nobody seemed interested in him.)

Then Sam let us inside and Gavin was already on stage with his band. He welcomed us at his party and started playing ‘Love Be Strong’ with his band. It sounded as good as always, but his piano didn’t sound perfect yet. He also played some other songs for us. It was great to see him perform with only a small audience, like he was playing it just for me. I loved it.

Here are some of the pictures from the Soundcheck Party: 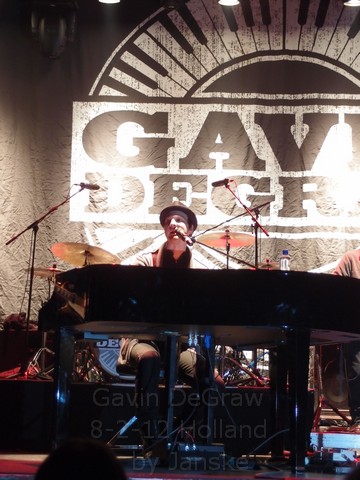 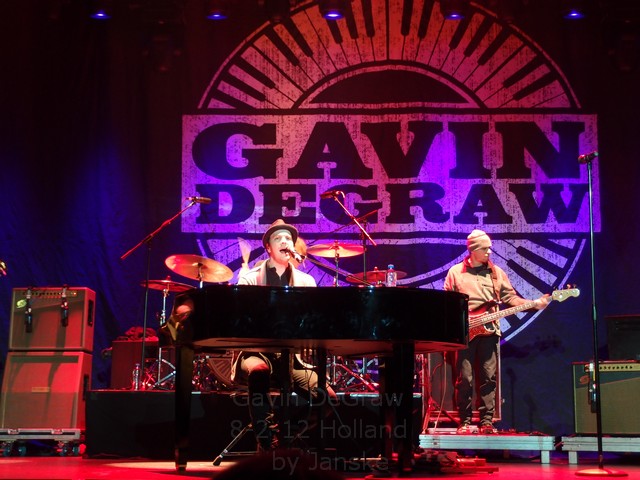 Here’s a video I’ve made at the soundcheck party:

After the soundcheck we all had to go to the foyer to get our packages with our laminate VIP passes, a notebook and a poster. We had to wait in line to meet Gavin to get our stuff signed and take pictures with him. I’ve done ‘Meet and Greets’ before, and they are always very hectic, but today everything was so relaxing. Sam (Gav’s tourmanager) took pictures of everyone while they were chatting with Gavin, so everyone would end up with a bunch of nice pictures to take with them as a great memory. No bodyguards or pushing fans. While I was waiting in line I chatted with Leonie (we just met outside the venue) and I asked her to make pictures of me with Gavin so I would do the same for her so we would have some extra pictures. After Leonie met Gavin it was my turn to ‘meet and greet’ him again.

I must say, it was the 5th time that we’ve met, but I was still blown away by his charisma. He shook my hand and said it was nice to meet me and stuff. I gave him a present for his birthday (he turned 35 last weekend) …I bought him this funny book about all the typical Dutch habits and facts. He was really happy with it and I said he should really read it because it’s a great book. He said he loved it and he would most def read it. He signed all my cd booklets, my poster and my laminate, so I said that he was very enthusiastic with signing all the stuff…he laughed and kept signing. Then I took some pictures with him and together with Leonie. He was super relaxed and didn’t rush anything. He kept saying Thank you to me and I gave him a big hug. Funny thing was that we both hugged each other with our face in the same direction, so that was a little awkward, lol. (that always happens to me) But it was well worth it!

Here are some pictures of the Meet and Greet with Gavin: 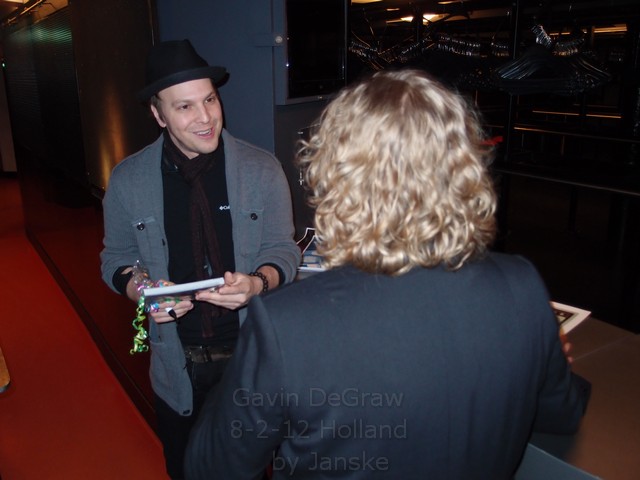 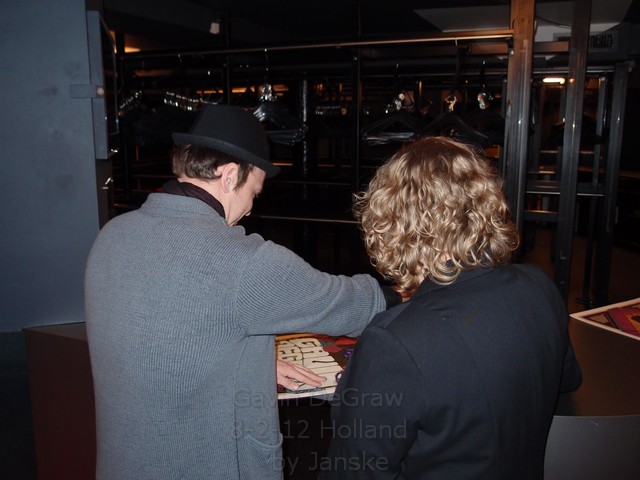 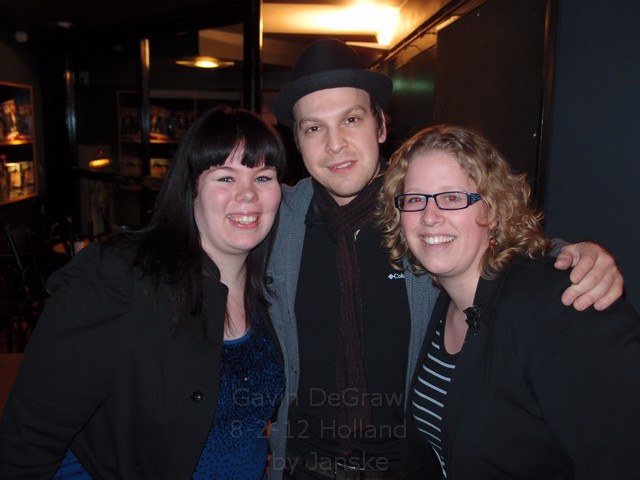 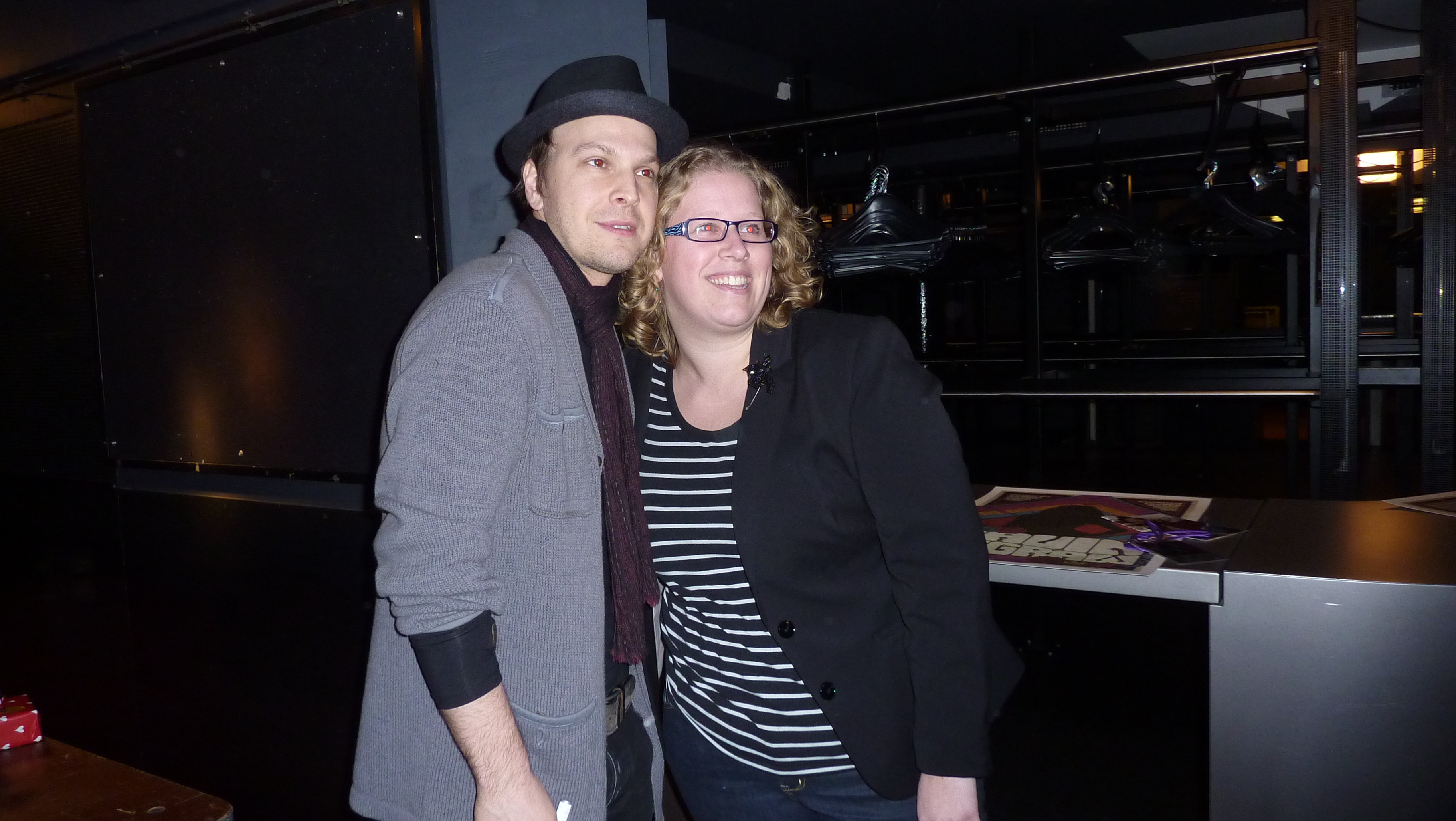 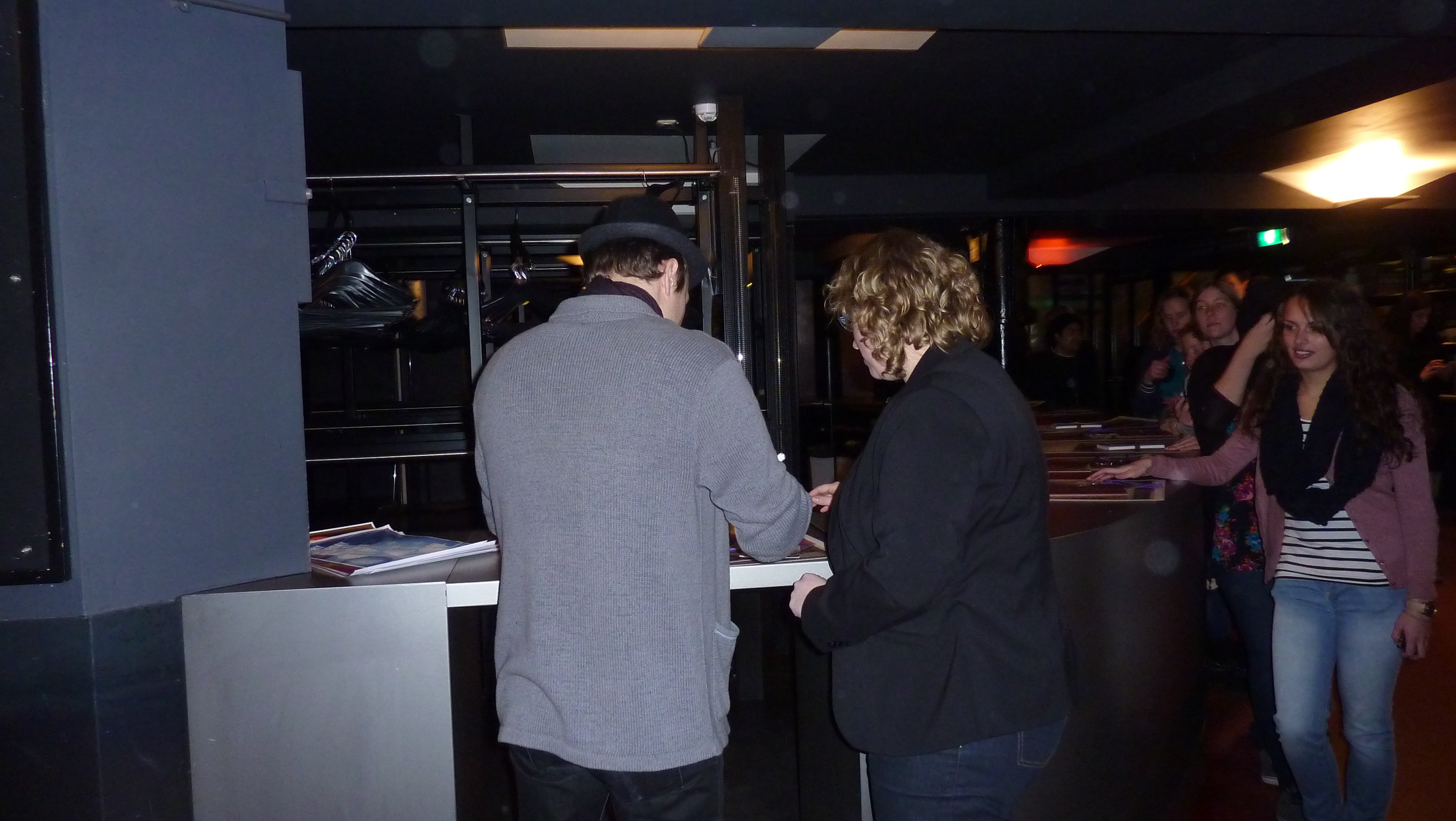 After the VIP me and Leonie went for a little snack at Mac Donalds and after that we came back for the concert. We picked a nice spot at the balcony, since the stage was so high, so it was nicer to see the concert from up there.

The concert was great (I didn’t expect anything less) ..Gavin was super excited and he played many new songs from his latest album ‘Sweeter’ but also some of his hit-singles like ‘I Don’t Wanna Be’ and one of my favorites ‘Chemical Party’. He also played a cover of Marvin Gaye’s ‘Let’s Get it On’. He danced, flirted, did some body-rolling and really played with the crowd. He intended to do a back flip from standing on his piano, but he decided to fool us and jump backwards.(got this on video) He also had a guest performance from Nick (Dutch artist) who joined him while singing ‘Not Over You’. I had a blast and I wish I wouldn’t be writing this right now and I’d be standing at his concert in Groningen now. But hey…I’ll just keep thinking about yesterday.

Here are some pictures from the concert: 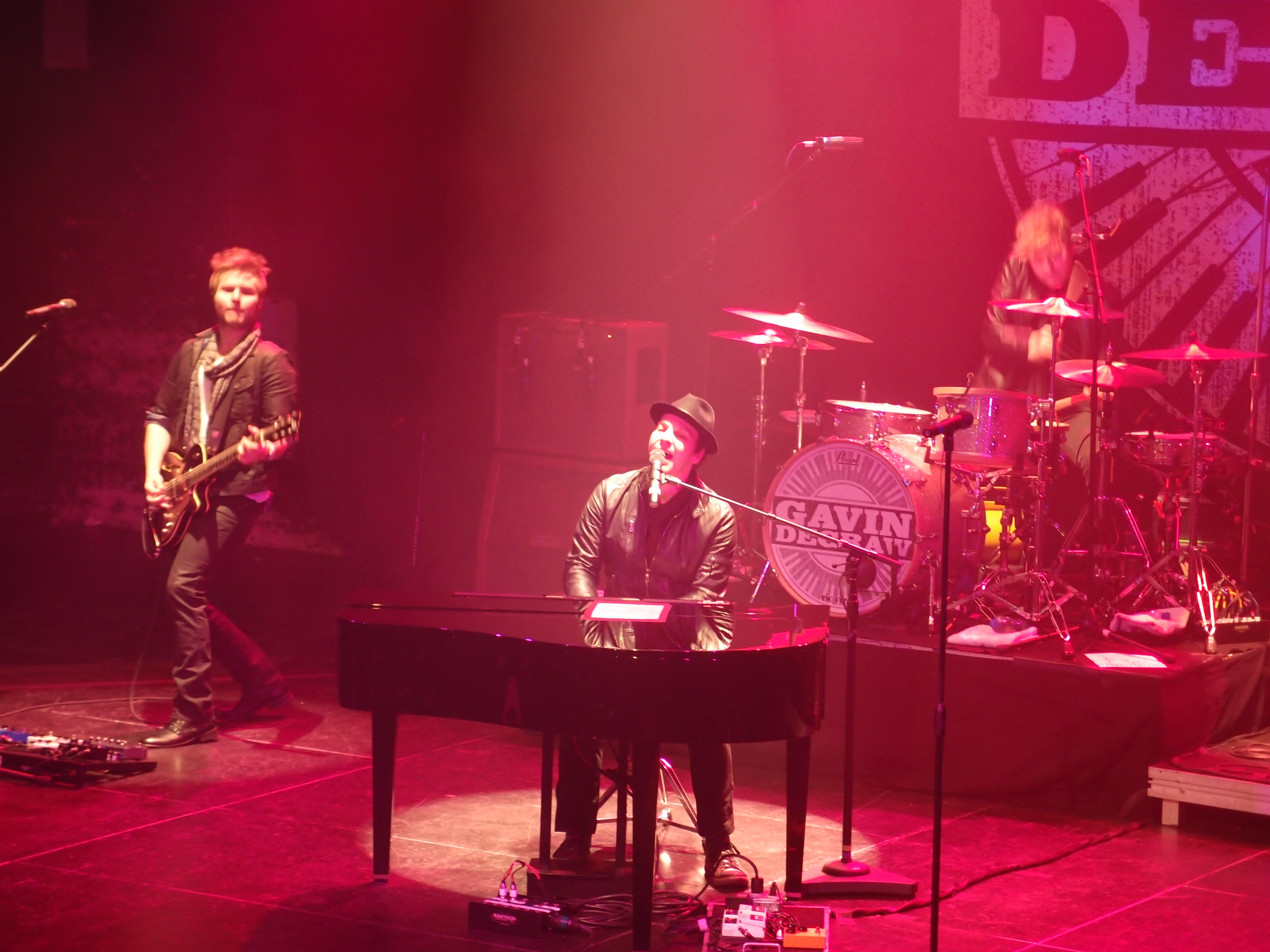 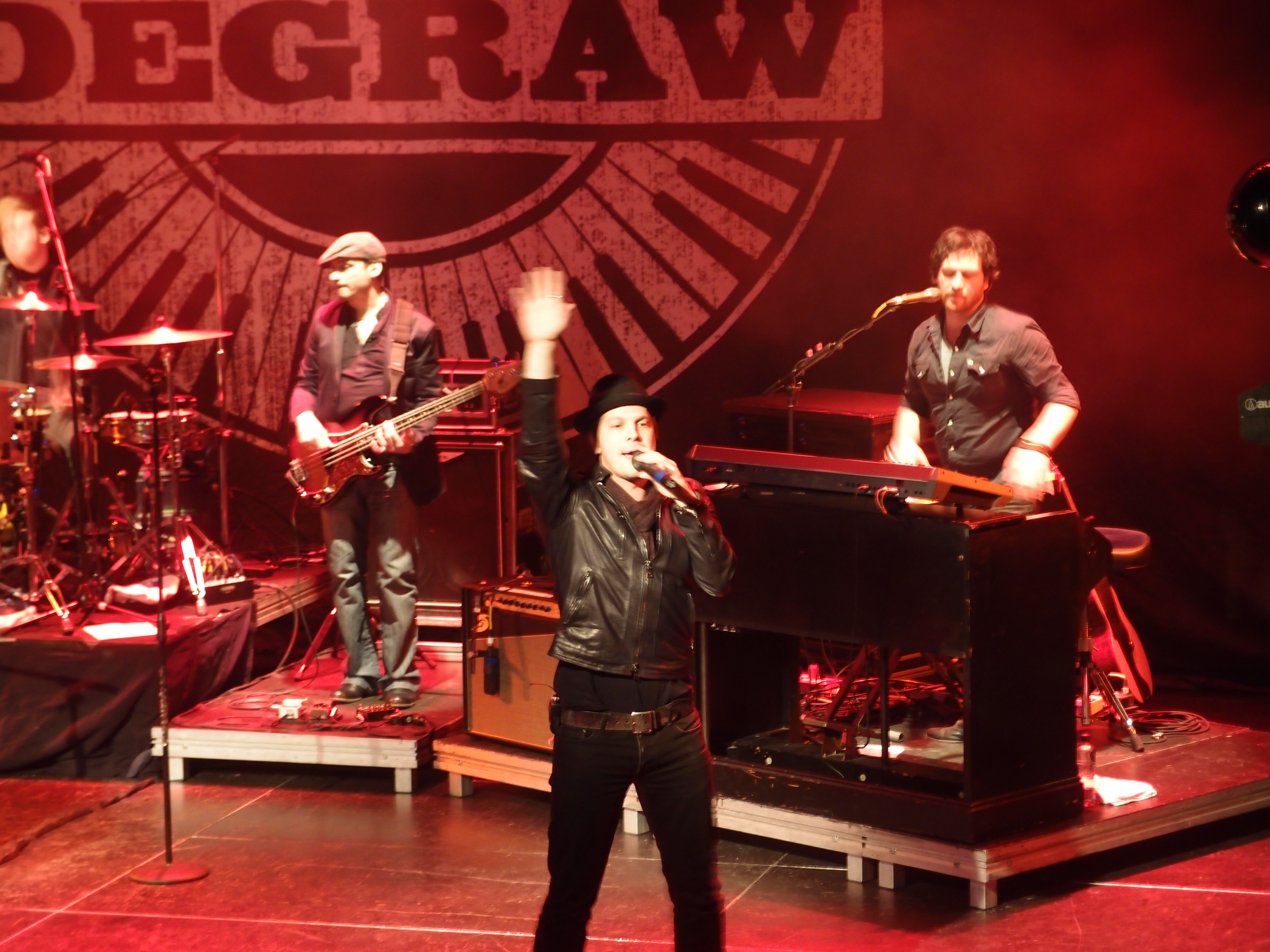 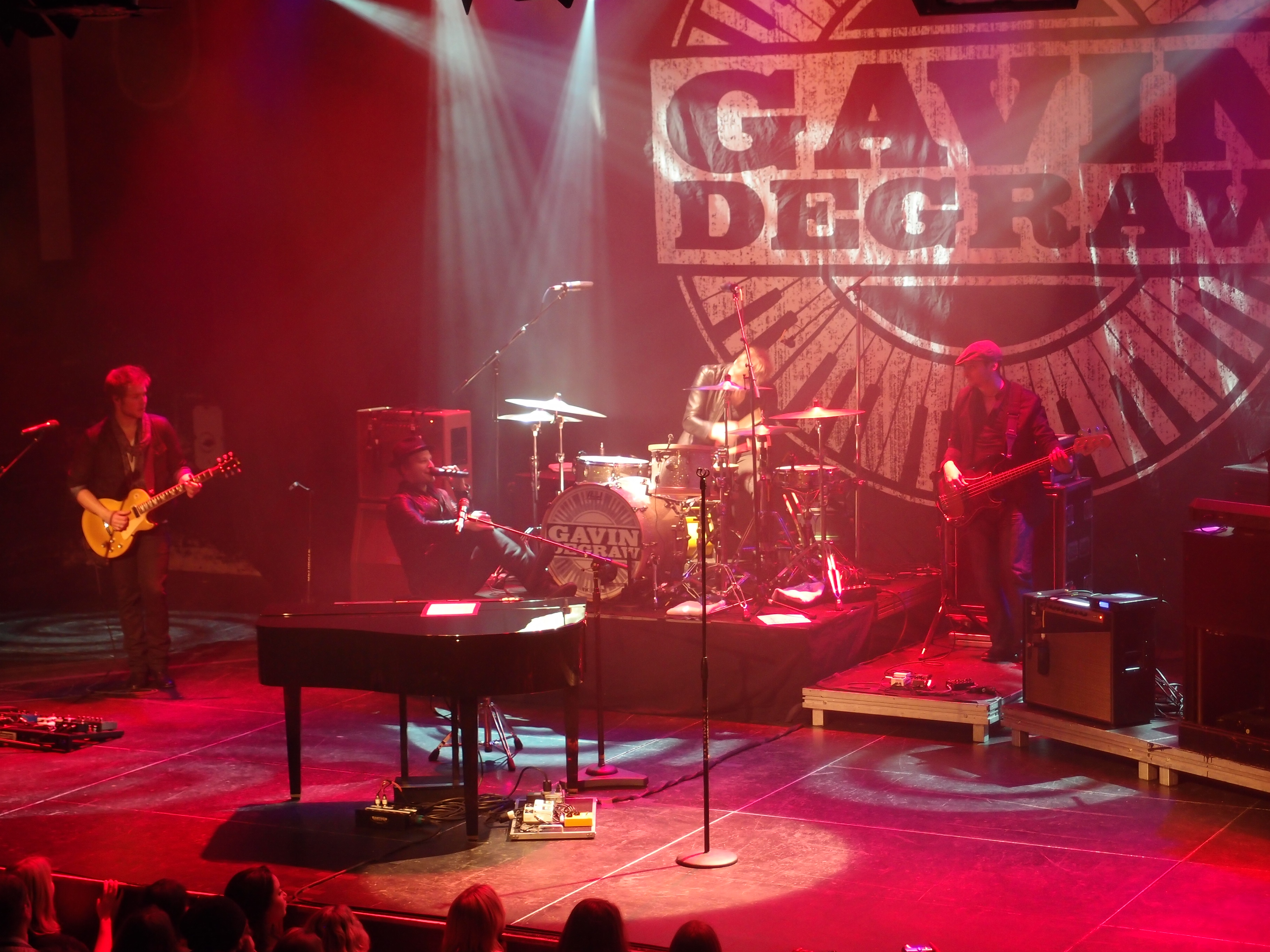 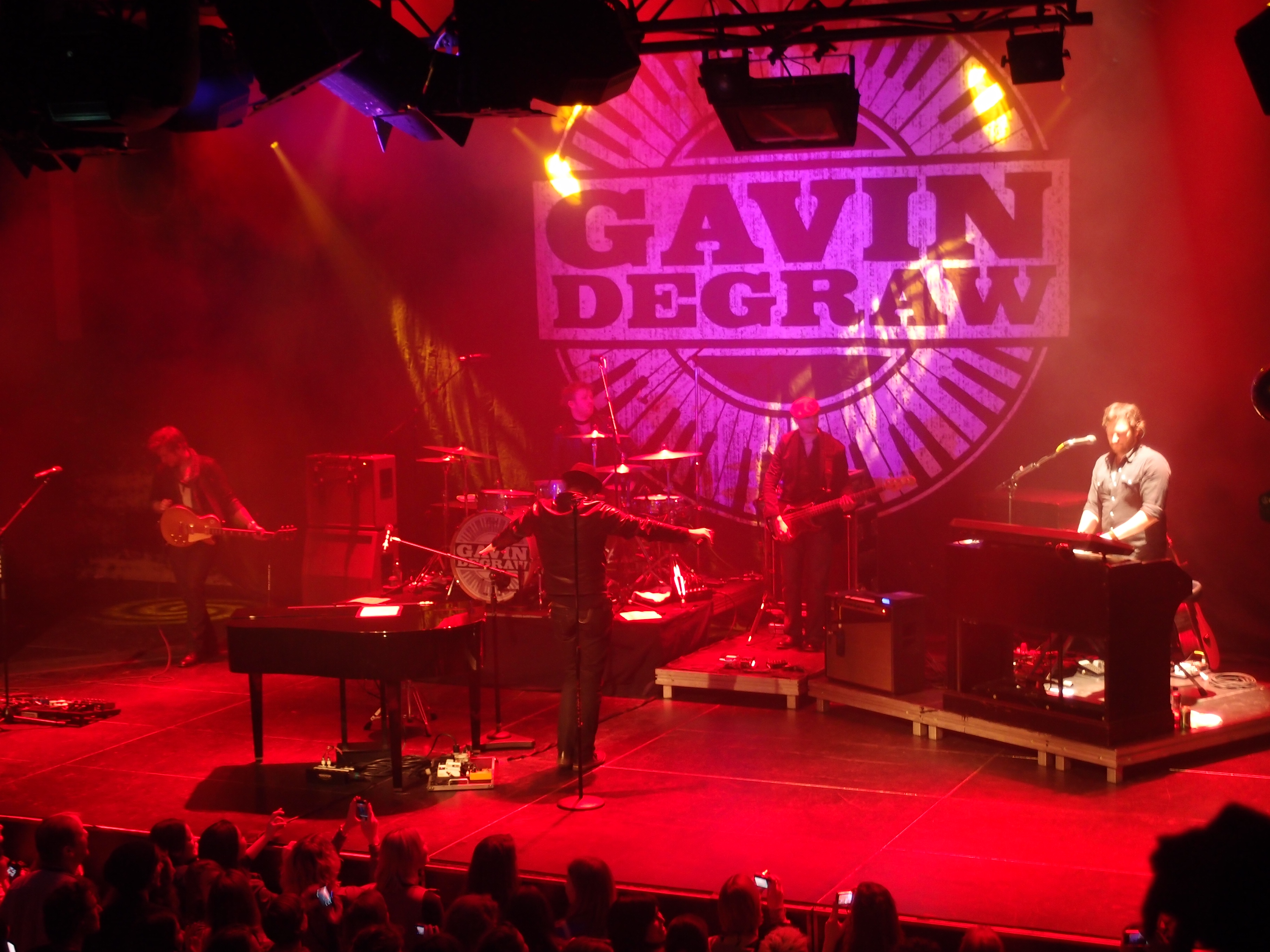 Here are some videos I’ve made at the concert:

Gavin DeGraw & Nick Schilder – Not Over You

Gavin DeGraw – Let’s Get It On

I can’t wait for his next concert! I hope this time I don’t have to wait for another 2,5 years. 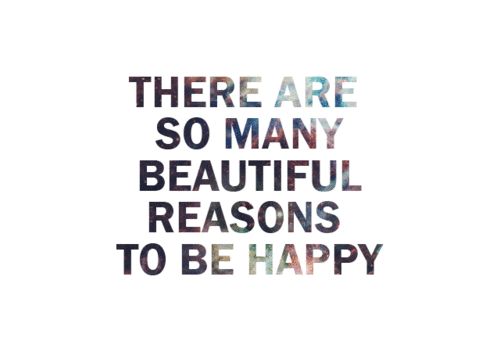 Enjoying The Simple Things In Life 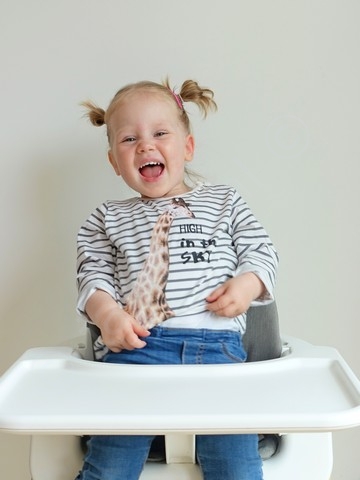 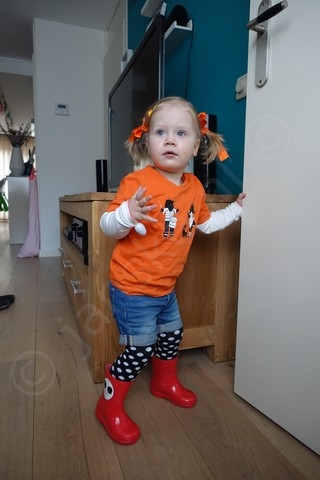